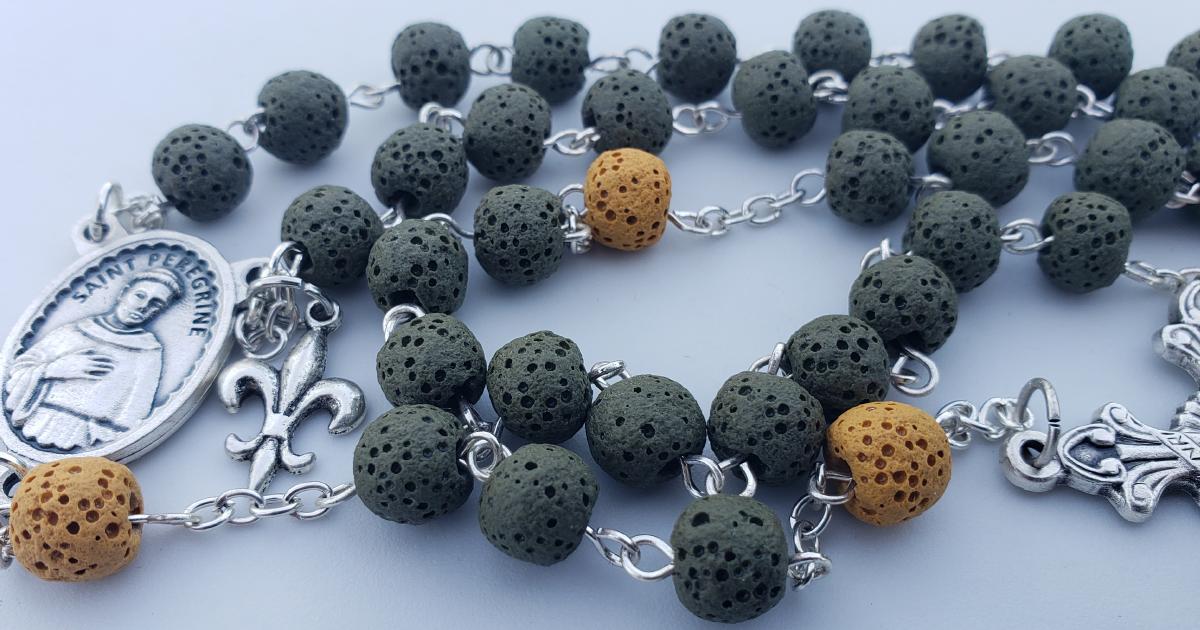 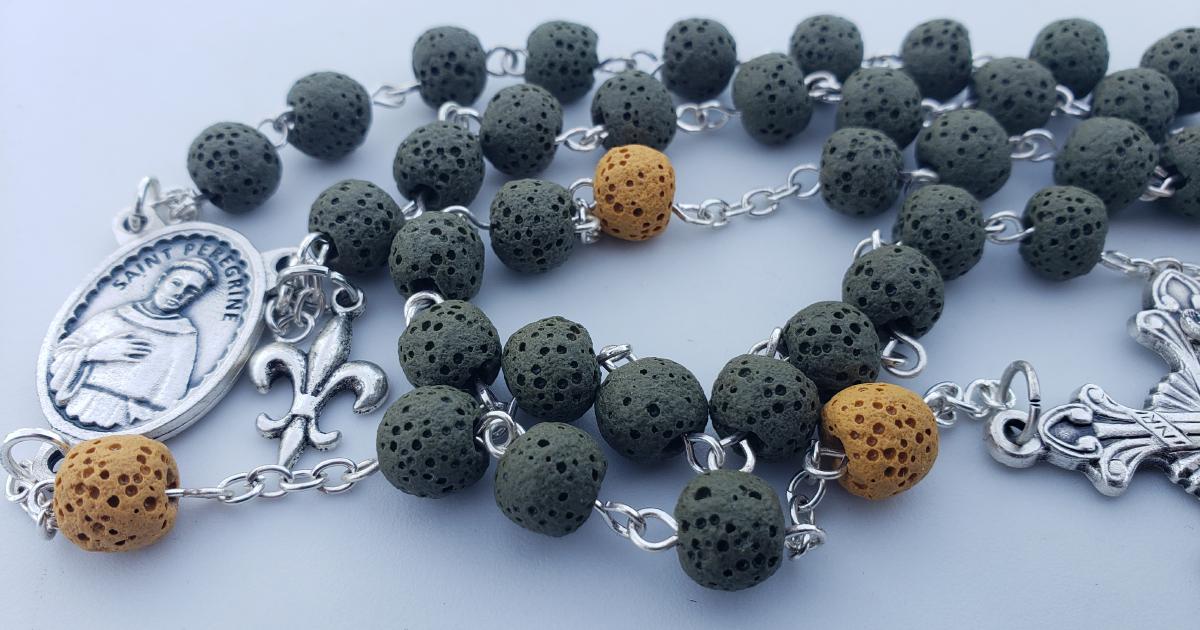 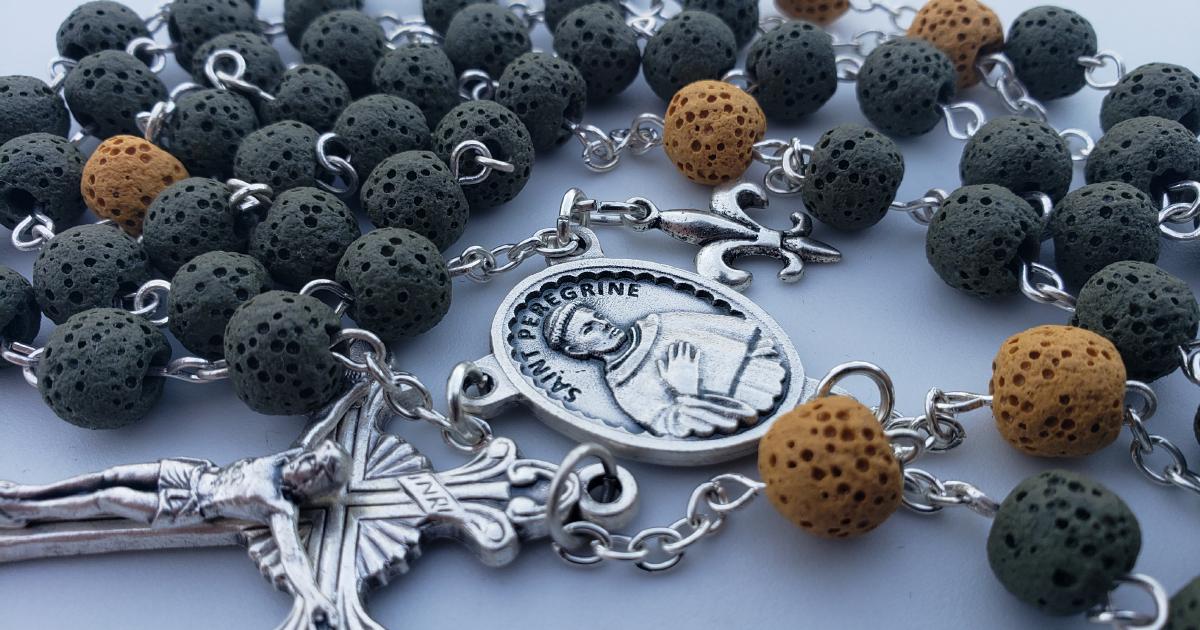 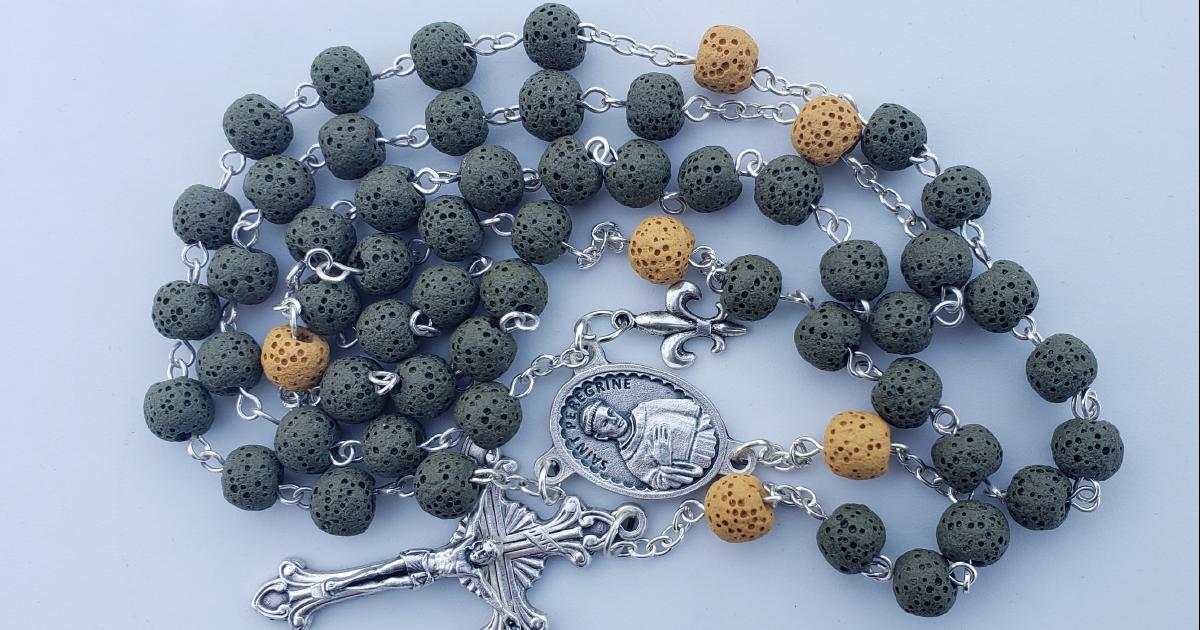 I made this rosary for a former student and hockey player from St. Norbert College. He had recently been diagnosed with cancer, and has received some incredible support from his SNC family. Though I don't know him, I've watched him play many times (I have season tickets to SNC mens hockey), and so I made this rosary simply to share my support and prayers. I found these green and gold beads that have a texture like lava rock. I used a simple ornate crucifix. The centerpiece features St. Peregrine, the patron of cancer patients. And I hung a fleur-de-lis charm from the centerpiece, a symbol often used by the college and the Norbertine order of Catholic priests.